This world has so many things to see, places to explore, cultures to learn from, flavors to taste, and things that can be any of the previously mentioned that can just take your breath away in only one second of watching it.

Many of those amazing, breathtaking places are very popular and part of the traveling bucket list of a lot of people. Some of them are part of those that have always been there but still, haven’t been very popular among many travelers that always look for things and places that astonish them. The truth is that, even though traveling can offer many possibilities of meeting and seeing new things and places, there will always, always be new parts of this planet that will keep on amazing people because of its uniqueness, its beauty, is magic and the sensations that it are able to awaken in those who are able to see them.

Here is a list of 5 of the most amazing places in the world that you shouldn’t miss if you are one of those persons who are always looking for the excitement you can only get when you see a magnificent place for the first time.

The meaning of Pamukkale in Turkish is “castle of cotton”. Pamukkale is a natural beauty located in the Denizli province in Turkey. It is a natural formed site that contains terraces of carbonate minerals that have been formed by the flow of water. The terraces contain hot springs and travertines where people can bathe and enjoy the pleasure and the relaxing feelings this spectacular place can offer. It is very popular among visitors from other cities and countries. Pamukkale has 17 hot water springs with temperatures between 35 °C (95 °F) and 100 °C (212 °F). It is a fantastic and gorgeous landscape you would want to see at least once. 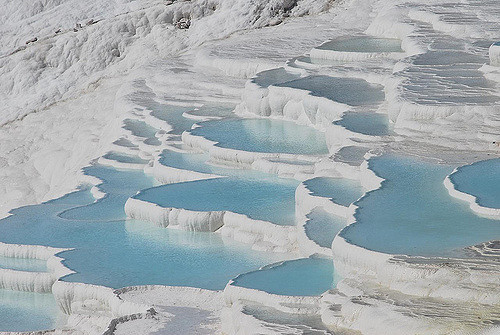 Located in the state of Chihuahua, the Naica Mine is one of the most amazing places you wouldn’t even imagine exist. This mine is famous for the selenite crystals, the silver, lead and also zinc. It has been a working mine but it is also a unique beauty. The selenite crystals that were found there are between 4 and 50 ft. long. The cavern where these crystals are, is impossible for people to breathe in. It reaches up to 45 ° C and 80% humidity, which means that a person can get unconscious in less than 10 minutes.

Lençóis Maranhenses National Park is located in the Maranhão state of northeastern Brazil. It is a place where thousands of the clearest and bluest lagoons you will ever see are in the middle of sand dunes. The meaning of the name of this National Park is “bedsheets of Maranhão”. This desert gets an important amount of rain every year. Enough for not being a real desert. It also has two rivers that are the ones that create the lagoons along with rain, every rainy season. The landscape it creates is stunning, it is almost unbelievable.

The Zhangye Danxia is a National Geological Park located in the Gansu province in China. This beautiful park is about 200 sq mt large. The colorful rock formations are considered China’s most beautiful landforms. The origin of the colors in the Rainbow Mountains of Zhangye Danxia is due to the deposits of sandstone and other minerals that started to form these amazing rocks million years ago. The origin of the red, yellow and green shapes is because of what time, wind and rain have done to them. They have acquired rare shapes, sizes and patterns which is also why this place is so attractive and breathtaking.

Known as the world’s largest salt mine, the Salar de Uyuni is located in the Daniel Campos Province in Potosí in southwest Bolivia at an elevation of almost 12,000 ft above sea level.  The origin of the Salar is the result of the evolution and transformation of various lakes, thousands of years old. It has a very thick crust that is extremely rich in lithium and it is also the home of species like flamingos, Andean Goose and the Bolivian Vizcacha (a sort of rabbit), among others. This salt mine is so flat, it can have an appearance of a huge ground mirror, giving visitors an unbelievable view that won’t be seen anywhere else. 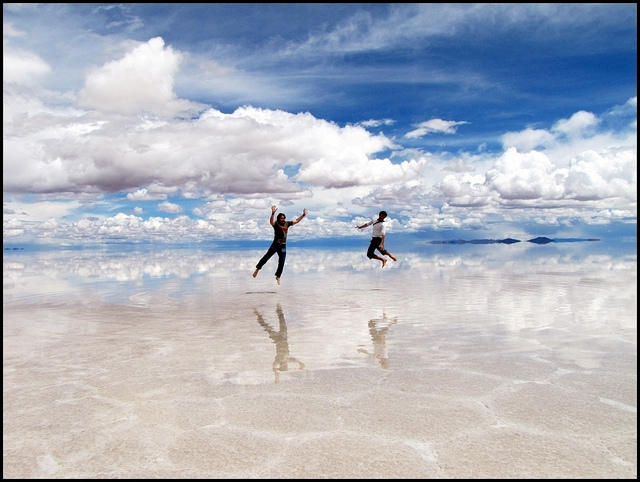