PUNTA CANA, THE HEART OF THE CARIBBEAN!
ORGANIC ARCHITECTURE; A VISIT TO THE TALIESIN HOUSE...
THE BEST KEPT SECRET OF PUERTO VALLARTA
WHAT TO DO ON YOUR VISIT TO PUNTA...
THE 10 THINGS YOU NEED TO DO ON...
FALL IN LOVE WITH THE BEAUTIES OF PUNTA...
ENJOY COZUMEL TO THE FULLEST
5 REASONS AS TO WHY YOU SHOULD VISIT...
THE 5 BEST BEACHES IN PUERTO VALLARTA
A TRIP TO COZUMEL ON THE TIP OF... 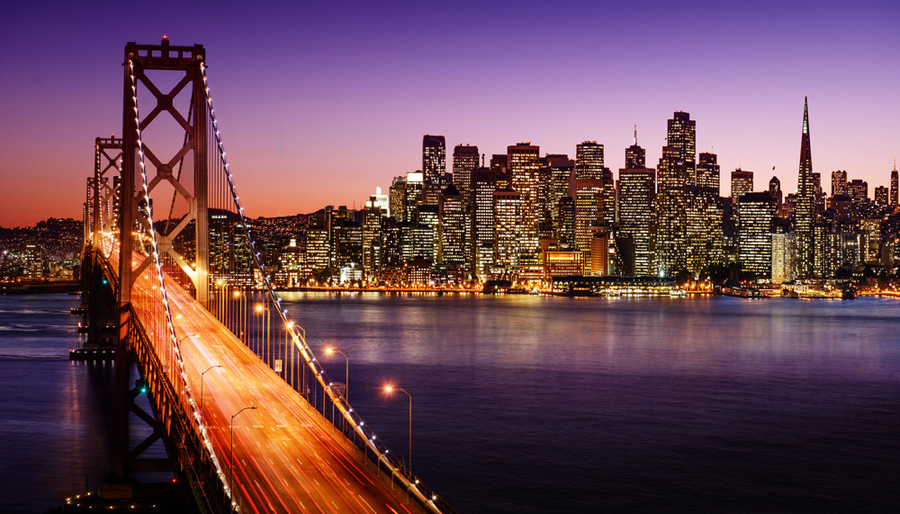 The crown jewel of Northern California, San Francisco is one of the most popular tourist destinations in America. For Royal Holiday members, visiting is easier than ever. Since the 1849 Gold Rush that turned a sleepy and hilly town into a bustling metropolis, San Francisco has gained a reputation for its friendly urban environment and amicable population. A center of commerce and conviviality, the City by the Bay draws businessmen and women, as well as dedicated vacationers. The city offers entertainment for all visitors.

Royal Holiday members will enjoy a luxurious home base at Powell Place, located in Nob Hill. The neighborhood of Nob Hill, which earned its name from the wealthy “Nobs” who lived on one of the city’s original “Seven Hills,” sits in the heart of San Francisco with everything from the cable car system to the famous Chinatown section of the city close at hand. Business travelers using Royal Holiday points will appreciate the hotel’s business-class WiFi and fully equipped kitchens or kitchenettes, while the wide range of in-room entertainment options will delight those looking for relaxation in between seeing the splendor of San Francisco.

Powell Place’s convenient access to the cable car system offers the easiest way to take in the city while soaking up its unique charms. Located less than a block from the hotel, Royal Holiday members can take the dizzying route up Nob Hill and cruise down into Union Square or north to Chinatown. Nob Hill itself offers numerous points of interest, ranging from the Notre Dame replica of Grace Cathedral to views from Huntington Park. The neighborhood also provides an admirable gateway to the city’s cuisine, and San Francisco’s diverse and passionate population of chefs delivers some truly incredible meals.

Of course, no visit to San Francisco would be complete without a visit to the Golden Gate Bridge, and tourists looking to enjoy the iconic landmark would do well to join the locals, throw on a pair of skates, and visit Golden Gate Park. The city’s other infamous monument, Alcatraz, is also well worth exploring. The prison’s lengthy history can be chilling and moving, with audio tours and exhibits showing life behind bars. Of course, Alcatraz is hardly San Francisco’s only claim to Hollywood fame. Fans of films like Vertigo or Bullitt will find many familiar sites, while the city’s movie enthusiasts have founded several festivals taking place throughout the year, including picnic film series like Film Night in the Park.

Many Royal Holiday members are drawn to San Francisco by its history of cultural and artistic movements, ranging from the hippies from the Summer of Love to today’s “hyphy” community. Art buffs will want to visit the city’s fine Museum of Modern Art or the Asian Art Museum, while music aficionados will seek out the past at the Great American Music Hall or take in a show at the San Francisco Ballet. The one-time home of the Beats, San Francisco still hosts a vibrant literary community, with the famous City Lights bookstore as its heart. Former speakeasies and rowdy LGBT-focused clubs, as well as everything in between, promise an uninhibited nightlife, as well. A truly cosmopolitan city, San Francisco has everything a Royal Holiday member might want in an urban getaway.