Discover Curitiba!  The capital of the Brazilian province of Parana, in the south of the country and just a few miles from the Atlantic coast.

Prosperous, Curitiba ranks first in education and third in infrastructure nationwide. It’s also known throughout Latin America for its innovation. Oh, and one more thing, Curitiba is recognized worldwide for its environmental vision.

Given the city’s prestigious qualities, its low profile comes as a surprise as Curitiba is almost unknown when compared to the famous Brazilian cities of Río de Janeiro or Sao Paulo.

Curitiba’s excellent urban planning includes superb public transit and rich green spaces for staying in contact with nature. A few notable parks include Barreirinha, Barigüi and Tingüi; the Botanical Gardens, and the Alemão and do Papa woods.

But Curitiba has much more than just green space. Its sites of interest to visitors include the Arame, the Ukrainian Memorial and the Oscar Niemeyer museum, the latter built in honor of the formidable Brazilian architect. 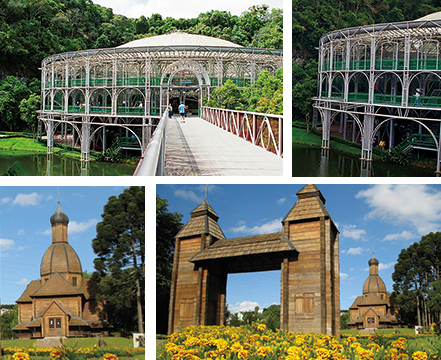 Curitiba’s cuisine is also rich in cultural influences, including European, African, indigenous and others. Brazilian dishes include pastas, risottos, and fine meat cuts along with the more traditional meal known as “feijoada,” which is rice cooked with beans and pork. And don’t miss out on trying a “pamonha,” a tamale well-known in the country’s southeastern region. Typical drinks include artisanal wine and of course the “caipirinhas,” a drink with cachaça, lemon, sugar and ice. We recommend a walk around the Santa Felicidade neighborhood where there are excellent restaurants. 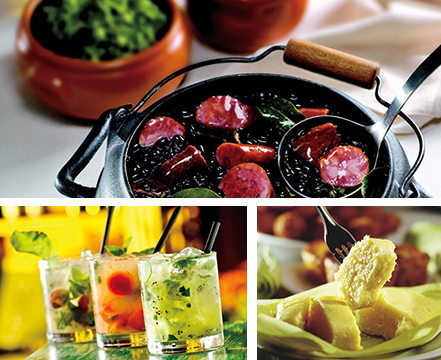 4 places you don’t want to miss

Inspired by the gardens of French royalty, the Botanical Garden opened in 1991 and boasts lushness and opulence throughout. There are more than 2,600 square feet to explore including the largest collection of flora from Brazil and an outstanding Art Deco greenhouse.

Created in honor of the famed architect Oscar Niemeyer, this fascinating building was actually designed by him. Like the great Cyclops in Egypt, it stands on a pillar almost 65 feet high and is surrounded by waters that mirror its surroundings. In fact, among locals it is known as the “Museum of the Eye.” Its collection consists of visual arts, architecture and design.

Head on down to the neighborhood known as the “Centro,” sandwiched between Visconde de Nacar and Rio Branco streets. This picturesque commercial zone has 34 locales including restaurants, bookstores, cafes and pastry shops. The street, almost 400 feet long, is covered by a glass and metal awning for its entire length, which definitely adds a special touch.

Curitiba’s historic district is home to several of the oldest buildings in the city. They include the Romário Martins Home, built in the 18th century, and the Church of the Third Order of San Francisco, built in 1737, two excellent examples. We suggest a visit to this part of the city on Sunday, when you can browse the craft fair held on the cobbled streets of Largo de la Orden. You’re sure to be fascinated by the fair’s ceramics, textiles, painting, and wood artistry, as well as regional foods, jewelry and more.

Make the most of your visit to this fascinating green city by staying at the Slaviero Palace Hotel, located in the city’s center.

Curitiba awaits you. Don’t put off your visit. Enjoy it now with your Royal Holiday membership benefits.